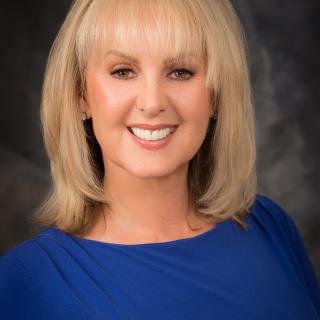 Originally from Atlanta, Dr. Nancy was trained as an opera singer, earning her Bachelor of Arts degree in vocal performance at West Georgia College. In 1985, however, she answered another call and moved to New York City to become a stand-up comedian. In 1994, she moved to Los Angeles when she heard Hollywood was looking for more blondes.

As a comic, she only worked about 30 minutes a day and became a volunteer for Children of the Night, a shelter for sexually abused teens.  This experience waked up the healer in her and prompted her to leave the world of entertainment and pursue a doctorate in psychology at age 44.  She quips: “The road from comedy to mental health is very short indeed.”

To inspire others with her message that it is never too late to live a life you love, Dr. Nancy went on to write the nonfiction  "YOU-TURN: Changing Direction in Midlife," a collection of over 40 stories of people over 40 who made successful transitions in their personal and/or professional lives.

A trauma expert and addictions specialist, Dr. Irwin is a frequent media guest, having appeared on Anderson Cooper, The Doctors, CNBC, HLN, and more.  She is a primary therapist on staff at the luxury rehab center, Seasons in Malibu.  She also has a private practice in West Los Angeles, specializing in reinvention, sports enhancement, creative artists, addictions, and sexual abuse recovery and prevention.  You can follow her social media accounts on Twitter, Linkedin, and YouTube.