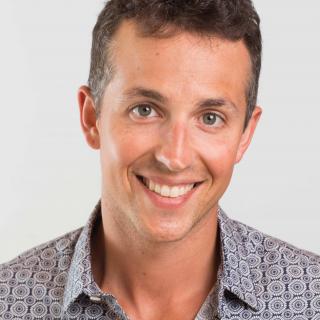 As President of New Frontiers, Daniel provides the overall strategic direction and short/long term planning agenda, while overseeing the financial, marketing and business development aspects of the business.  NF is an executive functioning coaching organization.  NF provides academic, social, transitional and vocational supports to students with a range of abilities and interests, allowing them to maximize their potential—successful, independent, self-advocating adults.

Daniel’s career in education management began at MetSchools.  During his time there he was responsible for the creation and development of the Broad Street Ballroom, as well as acting in various Senior Management positions at Claremont Prep School (Claremont later sold and was renamed Leman Manhattan Preparatory School. His responsibilities at Claremont included Director of the School’s Summer Camp and After School programs, as well as managing the Admissions, Facilities, and Business Management departments.

After the sale, Daniel’s focus moved to the special education practice within the Metschools portfolio (including Aaron School, and Rebecca School.  This ultimately led to the founding of NF, in response to a recurring pattern of students (with or without learning differences) transitioning to college (and/or other post-High School life experiences) without being fully prepared for the new expectations assigned to them at the next stage of life.   NF’s individualized coaching model works on the HOW to address the initial challenges of establishing strategies for success, while ultimately reducing our presence in the equation (as self-advocacy skills improve) so that there isn’t a continuous reliance on the coach—rather, that responsibility is shifted to the individual receiving support.

Daniel is a member of Young Presidents Organization and holds a BS in Business Administration with a concentration in Marketing from George Washington University. He is also currently a member of Pace University’s Lubin School of Business’s Transformational Leadership Advisory Board.

Personally, he is married with 3 children, including a set of twins, and lives in New York City.

New to Homeschooling - Karene A. Putney