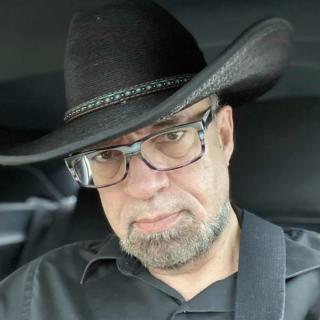 Dr. Thiessen, a licensed clinical psychologist,  specializes in the psychology of music and considers music an invaluable tool in the prevention and treatment of psychological disorders. Dr. Thiessen is a regularly-published freelance writer.  His article, Shedding the Stagnant  Slough Syndrome: Interdisciplinary  Integration, was published in the Creativity Research Journal  (1998, Vol. 11, No. 1, 47-53.

In addition to being a highly-respected practitioner, University Instructor, and skilled writer, Dr. Thiessen, aka,  Dr. B.L.T., has been writing storytelling country, rock, and Americana songs since he got his first guitar at the age of 14. Since then his songs have aired repeatedly on independent radio stations worldwide, and have made the news on many occasions. Dr. BLT was also introduced to the world via his cameo on an  MTV-award-nominated, top hit music video for Cake’s Short Skirt/Long Jacket.

Dr. BLT has been publicly praised by artists from P!nk to the late Buck Owens,  who compared him to Johnny Cash.  Dr. BLT starts every morning by writing 3-minute songs in 2 minutes,  on the spot, and in multiple genres.